Ngā Tāngata Microfinance Ltd has a small staff, all of whom have a background in the community work field but who bring a variety of strengths and skills. They balance the needs of the organisation with strategising to serve the applicants.

The Trust is made up of a representative from each of the following organisations:

For more information on representatives’ organisations see Our Partners 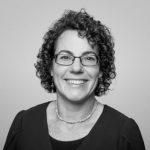 Nicola Brehaut
Nicola Brehaut is proud to have been involved with Nga Tangata Microfinance since its inception. She brings Senior Management experience across three sectors – private, not-for-profit and public. A 6th generation New Zealander, Nicola is passionate about building stronger communities and working in partnership with others to enable change for the benefit of Aotearoa New Zealand.
Representative from NZ Council of Christian Social Services

A representative is appointed as Trustee from New Zealand Council of Christian Social Services in Wellington. 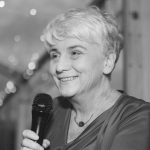 Julie was a founding member of Child Poverty Action Group and worked for the organisation in administration and communications. Julie is passionate about social justice and inequality and has a Masters in Equality Studies from University College Dublin, Ireland. 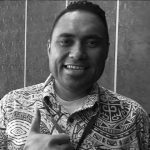 He is on the board of the FinCap and is their representative with NTM trustees. Ronji Tanielu was born in Apia Samoa and raised in Māngere, South Auckland. Ronji has degrees in law and politics from the University of Auckland and is a dedicated advocate for their South Auckland communities, for Pacific Island peoples and for those marginalised and impoverished people and communities. Ronji has the practical experience in youth and community development, mentoring and government contracting to provide valuable insights into the issues facing Pacific youth and what can be done to support them.

Dr M. Claire Dale is Research Fellow with the Retirement Policy and Research Centre at the University of Auckland. She is chief editor and contributing author of CPAG’s publications Our children, our choice: priorities for policy, 2014, and Left Further Behind: How policies fail the poorest children in New Zealand, 2011, and co-author of CPAG’s first publication Our Children: Priority for Policy, 2001.  Claire writes many of CPAG’s submissions on tax, health, welfare and financial sector reform. In 2010 she founded Ngā Tāngata Microfinance Trust in partnership with Kiwibank.

Māngere East Family Services Centre has had Peter as their CEO for over 22 years. He has deep and committed ties to the local community assisting people create more interdependence in their lives. He sees Social Enterprise as an effective way to achieve multiple outcomes; to bring together the Enterprise learned in the Private Enterprise sector, and the Social impact sought by the Public sector, and historically located within the Charity and Not For Profit sector. 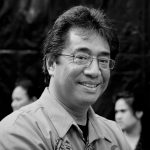 Ronnie Matafeo, chair of the Pacifica Mammas Arts and Cultural Trust was the first registered Pacific Island quantity surveyor. He is an appointee to the Small Business Advisory Group. He is a leading member of the Auckland Methodist Central Parish and works for the betterment of his community. 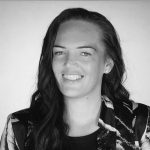 Brittany Teei is a proud Cook Island and NZ Māori woman who was born and raised in Central Auckland. Brittany currently owns and operates KidsCoin. KidsCoin is a financial empowerment technology company that uses digital tools to help children learn important money management skills that last a lifetime. She is passionate about using this channel to raise awareness around financial empowerment for low socio-economic communities, in order to continue to work towards a more equitable future for the communities of Aotearoa.

Inspired by the work of Good Shepherd Microfinance (GSM) in Australia, Dr Dale began setting up the Ngā Tāngata Microfinance Trust (NTM) in 2009 with Child Poverty Action Group, the NZ Council of Christian Social Services and NZ Federation of Family Budgeting Services. Once Kiwibank came on board in 2010, partnerships with other community organisations soon followed and NTM began to offer no interest and no fee small loans in South Auckland in early 2011. Similar to the GSM model, these No Interest Loans (NILS) are were up to $1,500.

Unlike Australia’s fair credit environment, New Zealand’s is uncontrolled and punitive, so since late 2012, NTM has also offered debt relief loans of up to $3,000 to assist people to escape from high-cost enduring debt have also been offered.

In 2019 Ngā Tāngata Microfinance and Good Shepherd New Zealand separated their formal relationship but continue to work side by side to provide microfinance options available in New Zealand.