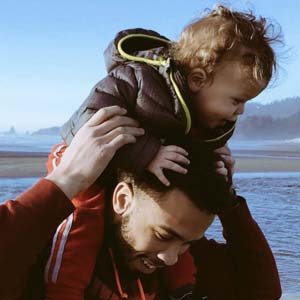 Things were really tough for Peter* when he started seeing a financial mentor. A super annuitant with high needs, Peter was getting food parcels and receiving help to visit Work and Income due to his high hardship levels. His financial mentor helped him to access Work and Income funding to pay for an ambulance callout when he became ill, and to pay for his car repairs and registration.

However, Peter’s greatest, and most stressful, issue was a $15,000 debt with a bank. Peter had been employed in reasonably good paying jobs during his working life, yet somehow he had ended up with a large debt in retirement with no assets – and was living in a Housing NZ house. His financial mentor continued to work alongside Peter, showing him how to better manage his money.

She recommended that Peter file for bankruptcy, which eliminated his largest debt, plus she helped him sort his insurance policies. She also helped Peter apply for a GetControl Debt Relief loan from Ngā Tāngata Microfinance to eliminate the remaining debt, a car loan. Unlike most loans, the GetControl loan is safe, fair and affordable – with no interest or fees, meaning Peter could pay the debt off a lot sooner.

His financial mentor says it took a long time to sort out Peter’s debt as he had so much in arrears, but over time, his power bills, the car loan, Housing NZ and other creditors were slowly pulled back into the black. She said that Peter did not want to take on any more debt, so she helped teach him about the ‘poverty burden’ of late payment penalties and the benefits of ‘prompt payments’ moving forward.

Today, Peter is looking and feeling much better, now that he’s reduced his “overwhelming” debt. His rent is two weeks in advance, his electricity is in credit going into winter, and he has nearly finished paying back money owed for a car accident. Not only that, he’s saving for his next car registration, is able to take family members on outings, and has an automatic payment to doctors and the chemist for his ongoing medical needs.

Peter now has peace of mind because he has been able to reinstate his modest life insurance policy and leave some money for his children. He has regained financial control, which in turn, has increased his overall wellbeing.