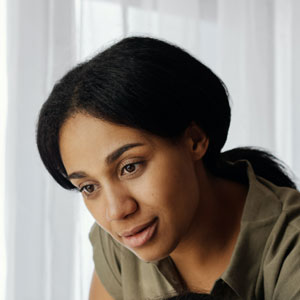 Denise* purchased a car through a $10,000 loan, which soon became a nightmare. Not long after the purchase, the loan was converted into an Acme Loans Company* loan, picking up additional security in the contract without Denise’s knowledge or agreement.

The interest rate on the loan was 24%, charged and added weekly to ensure maximum compounding interest. On top of that, an administration fee of $5 per week was also charged weekly. The monthly interest was $200, the administration fee $20 per month and monthly repayment $260 – which meant only $10 per week was actually going toward paying off the principal. Penalties were an additional 12% plus a $5.77 default fee, all compounded weekly.

Denise hadn’t had the car for that long when it broke down. Denise had little incentive to keep paying off a debt that wasn’t reducing and the car was repossessed a few months later and then sold. During this time, further fees were added, including a tracing fee, phone calls and service fees.

When the car broke down, Denise’s debt was $11,000 – by the time it was sold less than three months later, the debt had ballooned to a whopping $14,000 (including a $500 advance which Denise never received).

At this time, not knowing how else to reduce her debt, Denise saw a financial mentor. He helped Denise apply for an interest-free GetControl Debt Relief loan from Ngā Tāngata Microfinance, which enabled the family to be rid of the emotional stress that had gone on for so long, and the demand for increased repayments.

Her $10,000 dollar loan had cost her almost $26,000 over an 11-year period! As you can imagine, Denise was hugely relieved that the loans company has gone from their life forever – and won’t be using ‘loan sharks’ ever again.