Julia’s story: pressured by family to take a loan 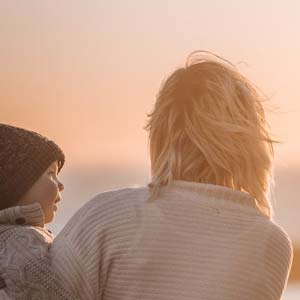 Julia* and her partner, Shane*, have family in New Zealand, and Julia’s parents are in Samoa. Their financial mentor already knew Julia’s relatives, who were frequent users of high-interest credit. Julia appeared to falling into the same trap. She was also tangled up in her relative’s loans when she felt pressured to be one of two guarantors for a loan to repair a vehicle so her nieces and nephews could get to school.

A loans company had pressured four people to be guarantors of the loan, including Julia and Shane, as well as her uncle and aunt who owned the vehicle. Julia already had $4,000 debt with two other finance companies, yet the loan company managed to convince Julia to make that debt part of an overall $23,000 loan to them. The uncle and aunt also had an existing debt of approximately $15,000 with the same loan company.

The family was deeply in debt, yet fixing the van only needed $2,000. The loans company were gaining money from acquiring the existing debts, as well as interest on the set-up cost – plus the interest rate was higher than the previous loans. Julia and her partner’s car became part of the security, as did their house and everything in it.

When Julia’s uncle went into hospital, everything went downhill. Julia and Shane went to their Financial Mentor, who asked the loan company to reduce the required repayments. They agreed to do this, but they also repossessed their car and all their household chattels. Julia and Shane now had no way to get to work, and had to watch their car being sold for $4,000.

On top of that, their relationship ended soon afterwards. In her stress and panic, Julia went to a different loan shark to get a loan to buy a car to get herself to work so she didn’t lose her job.

A month later, Julia had a car accident, incurring $1,845 in panel beater costs. Stressed once more at not having a car, she approached Ngā Tāngata Microfinance to ask about a loan. Julia was provided an interest-free GetControl Debt Relief loan to cover the bulk of this cost. The good news is that she has kept her job, and is now paying back the larger debt on the car.