Ian’s story: how a Financial Mentor reduced his debt – and his stress

Ian’s story: how a Financial Mentor reduced his debt – and his stressNatalie VincentAugust 24, 2021September 5, 2021 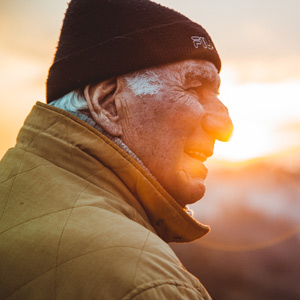 This is a wonderful story of how a Financial Mentor used one of our interest-free loans to get a great result for her client, Ian.*

69-year old Ian got into trouble financially after his long-term relationship broke down and his ex-partner racked up significant debt on two credit cards. By the time he saw the Financial Mentor, Karen*, the credit card debt had increased to over $6,500 – and, thanks to interest accruing daily, it had become impossible for him to pay it off.

A very proud and ethical man, Ian had always been financially independent until he became unwell with cancer and had to give up working. His pension and accommodation supplement were his only source of income – just enough to get by on – but it was unlikely he’d ever be able repay the debt in full. When he came to see Karen, Ian was extremely stressed and felt under a huge amount of pressure to pay his debt.

The bank understood he was in hardship and offered to either defer the payments or stop charging interest on the debts for a period of six months. While it was a good offer, Ian was still unable to manage the debts.

Karen contacted the team at the bank, and proposed a solution where the bank would write off part of the loan and Ian would pay off the balance. They accepted the proposal, so she immediately applied to Ngā Tāngata Microfinance for an interest-free GetControl debt relief loan to help Ian pay off the balance.

We received the loan application and approved it the very next day – which meant Ian was able to pay off the remaining debt in small, manageable payments, without incurring any further interest or fees.

Karen worked with Ian to create a weekly budget to ensure his living expenses were covered and that he would be able to repay the loan. While his budget is tight, it leaves him with enough money for a night at his local club each week, so he can enjoy a cooked meal and social interaction.

Ian is now feeling less stressed and able to enjoy life, knowing that his debt is under control. And well done Karen, for advocating for your client, negotiating the great offer from the bank, and applying for the interest-free loan that would change Ian’s life.

* Names have been changed to protect identities.