Danny’s story: relief from debt and from anxiety 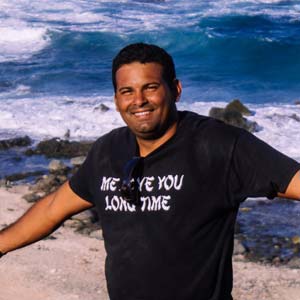 Danny* had to give up work some years ago on advice from his doctor, because the solvents that were part of his work environment were causing him significant health issues. Unfortunately, before he left his job, he didn’t have enough time to pay off a couple of debts – a credit card and a finance company loan. His damaged health meant he couldn’t find other paid employment and suddenly had to cope with a major change in lifestyle.

Now on a welfare benefit, Danny was only able to make the minimum required payments on his loans, so he made little progress in reducing his debts over the next couple of years. For Danny, this created huge anxiety which added further stress to his health issues, as he couldn’t see any way out of his situation.

Work and Income helped by giving Danny Temporary Additional Support (TAS) to help him meet his debt commitments. However, even though Danny religiously made each repayment, spiralling interest rates meant he simply couldn’t free himself from the debts.

Danny started seeing a financial mentor, who applied for a Debt Relief loan from Ngā Tāngata Microfinance and the application was approved. Because the loan has no interest and no fees, the debt is starting to reduce and Danny says he can see the “light at the end of the tunnel”. His two debts have been consolidated into one and the repayments are coming straight out of his benefit. This has made an enormous difference in terms of reducing his stress.

Now, he’s not feeling stressed about the repayments as he knows that paying off the debt is doable. Danny finally feels he has control of his finances – and just as importantly, more control of his future.

*Note: names, including those of the loan companies, have been changed. Any re-publishing of these case studies needs the permission of Ngā Tāngata Microfinance Ltd.