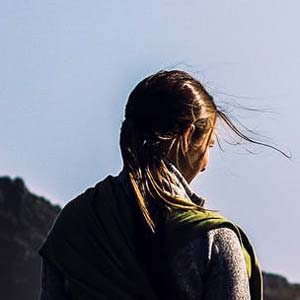 Selena’s* cell phone was only 18 months old, but needed replacing as it was the only phone in the house, shared between Selena and her three children. A salesperson from a truck vendor company sold her a cell phone from a catalogue, which he said was good value at $300.

Selena had just started attending a local financial literacy course and the discussion in the class at that time was around this type of high-pressure, high-cost sale. This affected Selena to the point where she went home that day and cancelled the sale using the 0800 number. She hadn’t yet received the phone because she was required to make a set of payments before receiving the goods. The company said they would cancel the order, but that it would incur an administration fee, which Selena accepted.

In Selena’s neighbourhood, buying from truck vendors is common. Many people don’t go into retail shops because they cannot afford to pay cash for items, which means they can be widely out of touch about the prices for goods. Items sold door-to-door are not advertised in the catalogue at a full retail price but at a ‘per week’ cost, which can be very misleading.

The direct debit payments were cancelled, but Selena couldn’t get through to the company to cancel delivery of the phone. She asked her financial mentor for help, who sent off an email – again, there was no reply. Eventually, the financial mentor got through by phoning them. The conversation took the familiar line – that ‘the customer has not been in touch about this.’

Despite Selena’s cancellation of the order, the cell phone was delivered in March 2015. Selena explained to the company sales representative that she’d cancelled the order. She asked to see the item and to her surprise, found it to be exactly the same as the phone she’d bought 18 months earlier for $69 at The Warehouse. Her surprise turned to shock when the sales rep told Selena that the debt she owed in total for the cell phone was $700 (eventually this was cancelled).

Selena’ story demonstrates the dangers of buying anything from door-to-door traders. She would have recognised the phone in the catalogue if the photo had been correct, which is why catalogues are not left with customer. And often the salespeople are aggressive and pushy, so many people find themselves buying something they don’t need – for far more than it would cost at a retail store.

After that experience, Selena still needed a new phone, so her financial mentor applied for an interest-free GetAhead Asset Building loan from Ngā Tāngata Microfinance. This time, she shopped around to find the best deal, including visiting second-hand dealers in the area where she lived, but found that their merchandise was more expensive than buying new – so she ended up purchasing a phone from a retail shop.

Selena says that her encounter with a truck vendor, compared with the experience of having the safe, fair credit of a GetAhead loan, had been a huge lesson. Not surprisingly, she has no intention of ever buying from a truck vendor again!