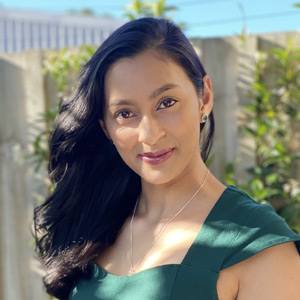 At age 28, Sonam discovered she was pregnant to her long-term partner – however, he didn’t want the baby at the time and was planning to leave the relationship. On top of that, her family couldn’t support or help her as they don’t live in New Zealand and their Visas were rejected when trying to come here for her baby’s delivery.

“I had to go on the ‘single mum’ benefit. I was very grateful for it, but it wasn’t enough,” she explains. “I had previous debts from when I was working – things like the car, insurance – all of the things that come with life and children.”

Fortunately, WINZ put her in touch with a financial mentor at Pakuranga and Howick Budgeting Service. He recommended that Sonam apply for a GetControl Debt Relief Loan from Ngā Tāngata Microfinance – and helped her with her application.

“The $2,000 loan helped me to pay off my overdue bills and some debts. My financial mentor also helped me apply for emergency funds from my KiwiSaver and referred me to a local foodbank for help. I can’t thank him enough – he really helped me to get my money sorted,” she says.

Sonam says getting her finances under control was a huge relief. “I had a lot of debt – three credit cards and several overdue bills – and I didn’t want to go down the debt collection path.”

By the time Sonam had her daughter in September 2019, she was almost debt-free. “Even though the loan was just $2k, which seems like a small amount, it made a huge difference. And the fact that it was interest-free and the payments were really reasonable helped – I haven’t missed any payments and have paid off the loan now.”

While getting her finances under control, Sonam was finally able to put money aside every week into a savings account. She had a goal to have $1000 in savings for emergency use (which she achieved), and she’s now working towards her goal of saving more money by the end of 2021.

“I’m really proud of myself. My child’s father is now in her life and is very supportive, but I have real pride that I managed on my own during my entire pregnancy,” she says.

Sonam admits that getting herself into a better situation wasn’t easy. “I did a lot of things as well as getting help from Ngā Tāngata Microfinance. I couldn’t go to the foodbank every week, so I asked friends and neighbours if I could cook meals for them – on the condition that I would take a share of the meal. That gave me a cooked meal for myself and my son, and helped me save money.”

For Sonam, the best part about getting the interest-free loan and working with a financial mentor is that she has learnt to manage her money better and stand on her own two feet.

“I was determined to become more financially stable before my baby was born,” she explains. “I did it all myself, using my income from the benefit as well as the NTM loan – I managed to have everything organised before my child was born. I even found Family Success Matters online and joined them – a social worker was assigned to me who helped me arrange a cot and clothes for my baby. My midwives were also amazing.”

“I needed to ensure I could give my children a better life – on my own. I reached out to everyone that I could for help – it’s really important that women do that and not shy away from it or be afraid of being judged.”

Sonam says she was really amazed at how much support is out there. “If I didn’t seek help, I wouldn’t have known it was available. After I had the baby, I couldn’t walk because of scoliosis and arthritis, so my midwife and social worker arranged a healthcare worker to help out – and my baby’s father was supportive during this time too. The Salvation Army in Howick also helped me, so now I volunteer there, packing Christmas food parcels – it’s my way of giving back and supporting them.”

Sonam has not only got herself into a better financially situation, she’s now launched her own business, a luxury women’s clothing brand called ‘MOI’. “I’m so glad I found my financial mentor – he was so helpful. He said he sees so many people in his work, but he’s never seen someone as determined as me to sort out my money! Thank you so much.”

Note: some names including those of the loan companies have been changed. Any re-publishing of these case studies needs the permission of Ngā Tāngata Microfinance Ltd