Vicki’s story: “Not having any more debt is the best feeling.” 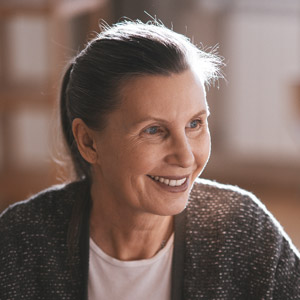 West Auckland grandmother, Vicki, was working full-time and often caring for her granddaughter, Kelly as her adult daughter is bi-polar and has struggled with drugs.  When Kelly turned five and was about to start school, Vicki decided it was time to give her some stability in her little life. She successfully applied for a permanent Parenting Order and became Kelly’s guardian.

However, because Vicki was working full-time, Kelly was in before- and after-school care from 6.45am until late – 11 hours each day. It was such a long day for her that Vicki decided it was important for her to work part-time if she could. “Kelly is such a wonderful young person, I wanted to give her a better start in life,” she explains. “While I knew it would be a struggle financially, it was the right thing to do.”

At the time, however, Vicki had a bank loan and two hire purchases, so she worked with a Financial Mentor at Care Waitakere to work out how she could pay them off and live on a part-time income. Her Financial Mentor recommended a No-Asset Procedure (a process similar to bankruptcy but with fewer restrictions), which she went ahead with. However, it didn’t cover a loan she had taken out with a finance company, for which her car had been used as collateral.

She says the finance company were “horrific” to deal with. “They used scary bullying tactics which made my life miserable. My stress was impacting on Kelly as well so I knew I had to get rid of the loan. My Financial Mentor said that if I could get the loan down to $3,000, then Ngā Tāngata Microfinance might be able to help me with an interest-free loan.”

With the support of her Financial Mentor, Vicki successfully applied for a GetControl Debt Relief loan, which she has now paid off. “Moving the loan from the finance company to NTM changed my life – not having that stress and all that compounding interest in my life was incredible.”

Vicki now works part-time for a local business, which means she can spend more time with Kelly who is now 11 years old and in her permanent care. “Kelly is settled and doing really well,” she reports.

It is still a struggle to make ends meet but she manages. “I pay all the bills on time and what is left is for food. I live from week to week but being able to live within my means and not having any debt is the best feeling.”

Since paying off the $3,000 loan, Vicki successfully applied for a smaller GetAhead Asset Building Loan from NTM to fix her lounge suite. “The frame had broken, so I got that fixed rather than buying a new suite.”

Vicki’s advice to others is to live within your means and to seek out the right help. “The finance company made my life miserable, but now I know there are other options and ways to work through tricky situations,” she says. “The staff at Ngā Tāngata Microfinance are so fantastic, lovely to deal with and always helpful. If had loads of money, I’d donate to NTM so they can help other families like me!”